Pedro Eduardo Millan, a Vinotinto in the heart, whose commitment and love for football has allowed him to prepare extensively, with coaching licenses in Spain and the USA, with a university degree in Indiana and two masters, one with Real Madrid and another with the RFEF, with a career as a player in three countries and with more than two decades coaching his style, using motivation and management as windows to knowledge.

More than 25 years linked to football training How did you decide to dedicate yourself to training children’s soccer?
Since I had the opportunity to train and run camps, I felt an extensive energy for teaching soccer. As I matured as a player I felt the need to share my experiences, knowledge and above all to influence the passion for the game. A first great step to discover my love for this facet of the coaching and training was through a ACL injury that I had when I was playing at the University of Evansville and during my recovery time away from the fields, Fernando Tudela, seduced me and supported me to coaching in a serious and committed way, was a wonderful mentor. However, I decided to dedicate myself to this as a way of life when I realized that I had a natural connection with the players and that I felt very happy and complete doing what I enjoy tons and for what I have prepared myself so much, soccer.

What values do you consider are important and what do you find in football?
Football beyond a state of emotion is also a representation of life in a short version, measured in training and games. Therefore, there are many proven values, either because of their excess or because of their lack of it.
Among the most important, it is probably respect for the game all around, towards teammates, coaches, staff, referees, opponents, spectators and football itself.
Among the many other values found in football, there is one I love, and that is loyalty, to teammates, to the jersey, to the club, to the national team, to health, to honesty and to the style of play. I enjoy a lot when I see and / or hear of cases like Maldini in Milan, Messi or Xavi in Barza, Raul in Madrid, Zanetti in Inter, Gerard in Liverpool, Giggs or Fergusson in Manchester. A football team works like a family, a family without respect or loyalty, does not succeed.

Are you willing to transmit these values in the formation of children and adolescents?
Yes of course. Not transmitting those internal and entrenched values would be a betrayal to myself. Many of the people that most helped in my upbringing were my soccer coaches. Among many of them, Pedro Febles is always present, like José Alonso.

In what way do you try to do it?
Relating the experiences of football to everything that surrounds us. Looking for meeting points between players, depending on their gender, age and level, the current reality and my person.

What signals do children and teenagers give you to recognize you are doing well your developmental duty?
There are two very important signs that I feel evidence the fruits to be collected, one of them is the connection and being communicated with many of my players even long after I stopped coaching them, I am still connected with players that I coached more than twenty years ago. The other sign is to be able to see players stand out at higher or next levels than the one I had them, that is, to be able to have influenced them soccer wise, in such a way that they were able to climb on this difficult journey
of football. Cases such as DeAndre Yedlin (Newcastle), Josh Tudela (LA Galaxy), or Nico Rei (Seattle Sounders) among others.

How do you maintain the relationship with the parents?
The relationship with parents is clean, healthy and of course challenging at times. Parents think with their hearts, talk with feelings and only have eyes for their children in the field. I am a father, I understand them. I promote direct, respectful and person-to-person communication. I try to avoid that the ease of texts and emails, occupy what was previously done in person, communicating, and connecting.
Nowadays it is very easy for a parent to express displeasure or complaint behind a device. Which is impersonal, takes a long time to respond and in many cases isolate the coach-parent relationship, two entities with a great impact on players.
In Professional teams with Academies, parents have little or no interaction with the staff, which allows for fewer possible problems, but also avoids creating a sense of team, proximity, a football family.
It is not easy to be a parent.

How do you rate the help of parents in the educational process of their children?
The collaboration of parents is essential in any constructive aspect of the children, not only in football. Today more than ever, the help of parents is important, because, with so much money in professional sports, and with so many distractions in the modern life of young players, it is easy to confuse values and mix up hobbies withvocation.
I am one of those who think that we must seek to motivate the children to follow and represent their passions. To dream and plan to try to achieve those dreams. It is very important for parents to be honest, but not only with their children but also with themselves, to understand that the chances of being successful and playing in world elite football are very, very low, for parents not to live through them. And even above many other components, allow children to fall, to fail and get up, be prepared to support them, but without overprotecting them. The experiences of football prepare us for the biggest game, life.

What errors do you consider most common in the formation of children and adolescents in football?
Regarding field training,

How can we help the referees?
By being referees. Going through the same courses and directing real matches to feel exactly what they feel.
On the other hand, more awareness campaigns, where referees can dictate courses and talks with players and club coaches.
Also, to require clubs to have a certain number of players and / or parents register as referees to continue adding more of them and not have personnel shortfalls as it happens in many leagues. Become the solution

What do you think is the best in football training?
Two things, the first is the satisfaction of watching the players compete for the pure love of the game, zero contamination. The second is to be able to be part of and evidence the progression of the players, it is a pride to see them grow and evolve.

Could you remember a coach that has marked you in your stage as a
player in training and why is this special?
Coincidentally I had already named some of them, Pedro Febles, José Alonso, Gabriel Boyerizo, John Beracochea and Benjamín Iglesias. Pedro because he always demanded a lot, but he connected, he knew how to connect genuinely, I always remember him, a great loss for the Venezuelan football, he left us too soon. Alonso because in the style of Ancelotti or Zidane, was based more on management than on the exercises themselves, one of the best humans I have ever met, Boyerizo, for his love of football, for his enjoyment in the field and for an infinity of advice, Beracochea because he was a true football player, recently retired as a professional, inspired the game, he was football, impossible not to want to play for him, also always up-front and at the same time caring, a great mix to have, and Iglesias for his care for the details, for his education, for his vocabulary and for his commitment to preparation, until this day he continues to give me knowledge, whether in books, messages or
analysis.

What advice do you want to leave to everyone involved in soccer training?
First that they do not stop preparing and educating themselves, second that they seek to influence in the long term, correctly and efficiently, but patiently and Third that we are very fortunate to be able to influence others and improve or try to reach those who influenced us.

Your opinion about abcdelfutbol.com
A great project, surrounded by positive energy, with professionals from the environment who have invested great parts of their lives in this sport, and who continue to do so for the right reasons, passion and commitment. Proud of all those who are part of abcdelfutbol.com and want to make a difference.

Do you want to comment on something that we have not asked before?
We have many Venezuelan coaches focused on youth and related categories all over the world. It would be great to be able to meet everyone at some point, abcdelfutbol.com brings us closer in that sense.
Hopefully some of us may touch basis again coaching our Vinotinto in the youth system or with the first team in the near future and be able to contribute in the same direction, I take advantage of this opportunity and congratulate Rafael Dudamel and his staff for the great work they have done from the very bottom with the national team.

By the way, I will be with one of my teams in Barcelona in the MIC, in a couple
of weeks, I hope to see some of you and share a little more. 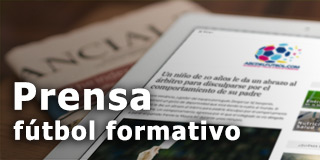 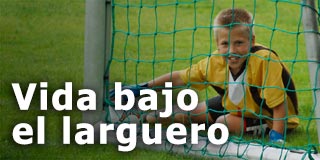 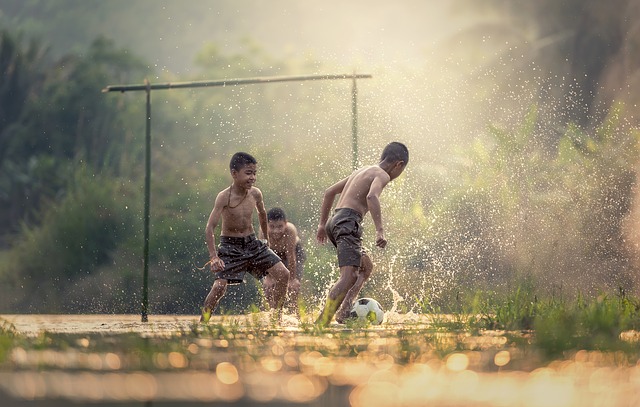